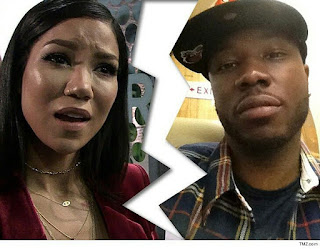 After the crash of their 11-month union, Jhene Aiko and her Nigerian husband finalize their divorce.

American singer, Jhene Aiko, was married to Nigerian rap producer, Dot Da Genius, for 11 months and TMZ reports that their divorce settlement has come to an end. Their relationship hit the skids last year when she hooked up with Big Sean.

He bashed her badly, but in the end it wasn't really a messy divorce, because they were only married for 11 months. No kids. No spousal support. According to the docs, they reached a financial settlement.
Tags
Entertainment
Related Article