Tagbo’s Death: Would You Have Abandoned Him If It Was Mayorkun Or Dremo? – Deceased’s Friend To Davido 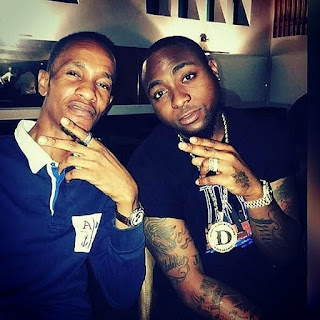 Last night, allegations were made against music star Davido regarding his complicity in the events surrounding the death of his friend, Tagbo.

The singer earlier today has however labelled such allegations as “false and incomplete lies“. He also refused to say more on the matter in respect of the deceased and his family.

However, a friend of the deceased who goes by the Instagram handle (@dammykerry) has spoken out, expressing anger at the unconfirmed reports that Davido and his crew “dumped” the deceased in the hospital.

He put up a photo of Tagbo with Davido along with other photos of the deceased, also uploading a video where he spoke on the issue. He wrote:

I can’t see someone like u in my entire life, u don’t look down on anyone,f*ck fame and any f*cking shit attached,tag we got plans nd now all is gone…..RIP but this is not the right time,I won’t feel til now until I need u as I will always do…..anyone who said na too Much alcohol or whatever almighty God will throw sorrow in there family life and they will die early death insshallah,cos no be today even thou u drank anything it your bday no one is right to blame u, f*ck fake friends #lessonlearned

If na lati or mayorkun or dremo, r u going to abandoned them? F*ck anybody saying shit God will bring early death upon anyone blaming tagbo
Tags
Entertainment
Related Article