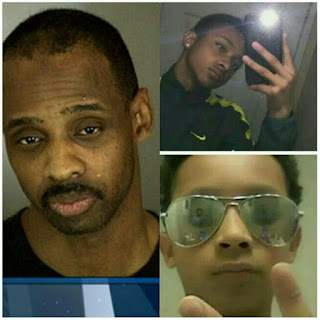 53-year-old Wendell Melton, has been arrested by Henderson Police, Nevada for reportedly killing his 14-year-old gay son Giovanni on Thursday, November 2, because of his sexuality.

Neighbours told newsmen that gun shots were heard after the father and son got into a heated argument. The deceased’s foster mother, Wendell, who spoke with a 3 News correspondent, she believes Gioviani was killed because of his sexuality, because his father who has been charged with murder, child abuse, and prohibited possession of a firearm, had been against having a gay son.
.
.
‘He hated the fact that his son was gay. ‘I’m sure that inside of his mind, he would rather have a dead son than a gay son,’ she said. In fact, things had become so bad that Wendell had previously drawn a gun on Giovanni after walking in on him with his boyfriend. “Giovanni was abused physically and mentally and spiritually for many, many years,” she said.
Related Article