Fame Is Not My Aim For Sharing Money – Williams Uchemba. 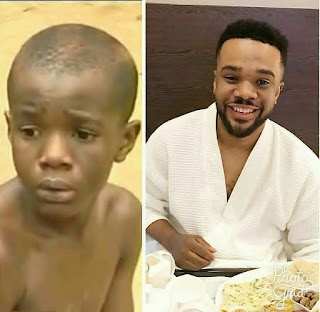 Since actor and comedian, Williams Uchemba, started his Give Challenge in December, his popularity has soared.
However, in a chat with Sunday Scoop, Uchemba, who was once a kid actor, said he didn’t initiate the gesture to gain popularity or seek attention.
He said, “I have been in the limelight since I was eight years old. What I am doing now is not because I want popularity, irrespective of what anyone thinks. I am doing it because God has said I should do so.
As long as people are blessed and their lives are changed for the better, I am happy. Before I started the challenge, I had more than 300,000 followers on Instagram and the number has not changed.
The Give Challenge only drew more attention to me, but it has not made me famous. I have my skits and other things I have been doing.” The actor also stated that he is not rich and he had not spent anything near what many people have in their bank accounts. He said, “I believe that my supposed “show off” has inspired thousands of people around the world to do something for the poor. If this has made such a huge impact, then everyone needs to start showing off.
I am a businessman, I work with the United Nations and I am an actor. I make profits from these activities. What I have spent is just a couple of thousands, but some people think I have a lot of money. I am not a rich man if that is what most people think. “A lot of Nigerians are suffering because our resources are shared among a few people. I was on my way home one day when a car hit an elderly man who was hawking and he died immediately. If the country had been better, he would not have been on the road. What would have happened to his wife and children who were expecting him at home?”
.
Tags
Entertainment
Related Article