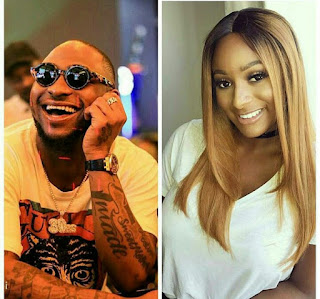 
DJ Cuppy daughter of billionaire Femi Otedola has revealed that she doesn’t exploit her father’s influence to get things done like Davido does. Most people would believe that since her father is rich and influential, she would always have it easy where others find it very difficult.
But such is not the case all the time for the alluring DJ recently turned performing artiste. During her chat with E-Daily, DJ Cuppy her dad’s name rarely opens all doors for her though she is the daughter of an oil magnate popularly know.
Her words: “People have to understand that just because I was born into my family does not mean that it opens all doors, that is everyone’s outside perspective. My inside perspective is just being someone’s child; how can being someone’s child be used against you?

I can walk into a room and before I even open my mouth, everyone has decided, and it’s like you are not giving a young woman a chance to even prove herself.” She added that unlike Davido, she is not the type who would exploit her father’s influence to get things done.
“The only difference between Davido and I is that he decided to use the influence as an advantage from an early stage.
So David was like I am ‘omo baba olowo’ (OBO), take it or leave it! I’m not that kind of person, he was smart though, because before you can even do anything, he has already told you he is the son of a millionaire.

He did his brand thing well and he’s about that lush life, he lives large and he’s not apologising for who he is,” she said

Few days ago Billionaire daughter, Florence Ifeoluwa Otedola a.k.a DJ Cuppy was the official DJ at the Global Citizen event held in Dakar, she had a session of teaching French president Emmanuel Macron and Senegalese president, Macky Sall how to DJ.
Tags
Entertainment
Related Article