Why most of my songs are about Girls- Davido reveals 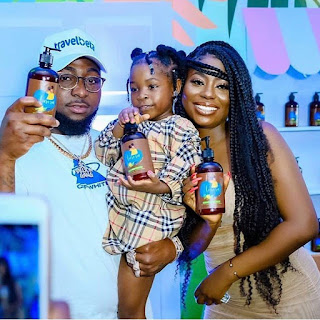 Afrobeat star and record producer, Davido says a good number of his hit songs have girls as its central theme because he has more women in his life than men.

The singer, who was speaking in an interview with Okay Africa, said it is not surprising his music brand focuses more on females because an artist’s inspiration is generally drawn from experience accumulated from his immediate environment.

The 27-year-old father of two kids said Imade Adeleke and Hailey Veronica Adeleke, his two daughters, are a significant influence in his musical career. “Like rappers, they are rapping about what they are going through—drugs, their past life or whatever. I’m singing about what I know, which is I grew up happy and being Nigerian,” Davido said. “Most of my music is about girls. I have two daughters and most of the people around me are females. So that’s what I sing about because that’s what I experienced. It’s not really a philosophy, it’s just making music based off of how I was raised and being authentic to that.” Davido, who is currently in a relationship with Chioma Avril Rowland, had in May launched ‘Imade by Aurora‘, a business line of organic hair care products for Imade, his oldest daughter.

She is his love child with Sophia Momodu, the niece of Dele Momodu, publisher of Ovation Magazine.

The ‘If’ singer had Hailey, his 1-year-old daughter, with an Atlanta-based lady, known as Amanda ‘Mandy Play’ on Instagram.

Speaking on his next project, the Afrobeat star hinted that preparations are ongoing for his next tour and a studio album which will be released in June. “The album is coming out in June, and I’m going on tour. We’ve been working on the album for the past two years. I’m almost done with it and it’s amazing. I don’t have a name for it yet, I’m still trying to decide,” the singer said.
Tags
Entertainment
Related Article