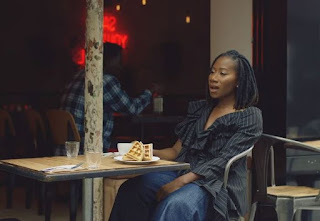 Nigeria’s Queen of soul, Asa wastes no time as she serves her fans this beautiful video for her latest single titled “Good Thing”.
The Songstress who had been on a long break from the music scene for five years having gotten married and relocated to France; She returned around May of this year with a song titled “The Beginning”.
Good Thing by Asa was shot and directed by super director Sesan. Is this the rebirth of Asa, let's keep our fingers crossed; news has it that she’s cooking up a new album.